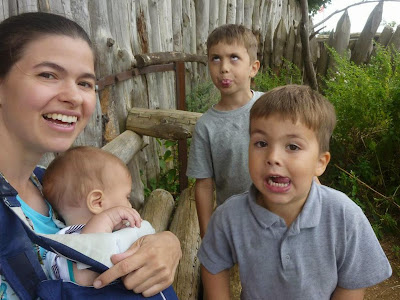 A former teacher whose Russian ex-husband refused to return their two sons after they went for a visit to Russia has suffered a setback in her landmark legal fight to win them back.

Rachael Neustadt – an American who lives in London – says ex-husband Ilya Neustadt is keeping Daniel, seven, and Jonathan, five, in Russia in breach of an order by an English judge following the break-up of their marriage.

Interpol has issued missing persons notices for the boys.

The 36-year-old former teacher, originally from Houston, has asked Russian judges to enforce an English High Court “return order” under the Hague Convention on child abduction.

It is the first case that makes use of the convention in both England and Russia.

However, her lawyers said a Moscow court had ruled in favour of Mr Neustadt, 37, a former London Metropolitan University lecturer, by allowing him to submit evidence about why the boys should stay with him – even though this is prohibited by the convention.

Ms Neustadt said on her website:
“I am devastated that there have been further delays, but am hopeful that the Russian courts will justly consider this matter and return the children back home soon.”

The boys went to Russia for the first time to visit their father for two weeks over the December holidays last year.

He refused to return them to the UK in January.

The Moscow court is to consider the matter further at a hearing on 20 November.