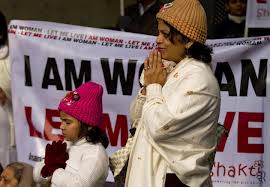 The death on December 29, 2012, of a 23-year-old student who was gang raped and assaulted should spur decisive action by the Indian government to combat sexual violence, Human Rights Watch said today.

The woman, a paramedical student whose name has not been made public, and a male friend were traveling in a private bus in New Delhi on December 16 when five men and a youth under 18 raped and assaulted her and beat her friend.

The woman suffered severe injuries and was transferred to a hospital in Singapore, where she died.

The police have arrested the accused and are expected to file charges in the first week of January 2013.

“This murderous gang rape is a sobering reminder of the pervasive sexual violence that women and girls across India suffer,”
said Meenakshi Ganguly, South Asia director.
“The government needs to act now to prevent sexual assault, aggressively investigate and prosecute perpetrators, and ensure the dignified treatment of survivors.”

The New Delhi gang rape highlighted the widespread problem of sexual violence in India, Human Rights Watch said. According to the National Crime Records Bureau, 24,206 rape cases were registered in India in 2011, and experts say the number of unreported cases of sexual assault is much higher.

While the government’s swift action to create a commission to review punishment for aggravated sexual assault is an important step, reform of the criminal law and procedure, plus improved treatment of survivors, is needed to ensure justice for sexual assault victims, Human Rights Watch said.

While officials responded swiftly and promised speedy justice, the attack followed numerous reported sexual assaults in the country, including against women with disabilities and dalits.

For example, on December 27 the media reported that a girl in Punjab committed suicide a month after she was gang raped because police were unwilling to register her complaint or arrest the accused.

State security forces have at times been implicated in sexual assault, but the government has not taken action against them.

For example, in October 2011 police in Chhattisgarh were accused of sexual assaultof an adivasi teacher, Soni Sori, while she was in their custody.

There still have been no arrests and prosecutions in the alleged rape and murder in 2004 of Manorama Devi, who was taken into army custody from her home in the northeastern state of Manipur.

In May 2012, about 90 civil society organizations and individuals, including Human Rights Watch, wrote to Indian Prime Minister Manmohan Singh urging reforms in responses to sexual assault and calling for greater police accountability.

The groups called on the Indian central government to constitute a high-level task force to develop a coordinated response to gender-based violence, especially sexual assault; instruct state governments to monitor police handling of sexual assault reports and investigations, and hold accountable officers who mishandle their duties; and fund an existing scheme for financial assistance for rape victims and monitor its implementation.

The level of care – including counseling – provided to the New Delhi gang rape victim and her family, demonstrates that political will can ensure support and care for victims of sexual assault, Human Rights Watch said.

But this only followed public outrage and demonstrations after the attack.

Human Rights Watch research has found that survivors usually find it difficult to register police complaints, and often go from one hospital to another even for a medical examination, and often report suffering humiliation at police stations and hospitals.

India does not have a uniform protocol for medical treatment and examination of survivors of sexual assault, making responses ad hoc and unpredictable, and in the worst cases, degrading and counter-productive.

This is reflected in the continued use of the so-called “finger test,” which Human Rights Watch documented in a 2010 report.

While conducting medical examinations, many doctors record unscientific and degrading findings, which involve noting the “laxity” of the vagina or hymen, apparently to determine whether the victims are “virgins” or “habituated to sexual intercourse.”

Often doctors, police, and judges look for evidence of “struggle” or “injuries,” especially hymenal injuries, in the medical examination report, discrediting those who do not report such injuries.

The Indian government should establish national standards and a uniform protocol for the medical treatment and collection of medical evidence in cases of sexual assault, and to eliminate the use of finger tests on sexual assault survivors,
Human Rights Watch said.

“The Indian government needs to adopt and enforce measures to ensure the dignified treatment and examination of sexual assault survivors,”
Ganguly said.
“Dignity and accountability should underscore the police and medical responses to sexual assault throughout India.”

Indian civil society organizations have long called for laws on sexual assault to be reformed.

It is especially difficult to prosecute members of the security forces implicated in sexual assault and other human rights violations.

The Armed Forces Special Powers Act provides effective immunity to members of the armed forces who are accused of sexual assault and other abuses.

Section 197 of the Criminal Procedure Code provides effective immunity to police and other security forces by making it mandatory for a prosecutor to obtain permission from the government to initiate criminal proceedings against public servants.

The Criminal Law (Amendment) Bill, 2012, which was introduced in the lower house of the parliament on December 4, introduces a definition of “sexual assault” but limits it to all forms of penetrative sexual assault.

Instead, the bill retains the archaic definition of “outraging the modesty of a woman” to cover all forms of non-penetrative sexual assault and harassment.

It does not introduce any special procedural protections for survivors who report sexual assault by police officers or members of the armed forces.

“Law reform efforts should be comprehensive and minimize the risks and delays that sexual assault survivors now endure,”
Ganguly said. 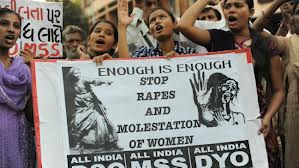 “Police officers, soldiers, politicians, and civil servants should not be above the law for sexual assault or anything else.”

Death Penalty Not the Solution

After the December 16 gang rape, high-level government officials announced that they will pursue harsher penalties for rape, including the death penalty.

Human Rights Watch opposes the death penalty in all circumstances as an inherently irreversible, inhumane punishment.

A majority of countries in the world have abolished the practice.

In 2007, the United Nations General Assembly passed a resolution by a wide margin calling for a worldwide moratorium on executions.

“For politicians, supporting the death penalty is an easy but ineffectual way out,”
Ganguly said.
“It is much harder, but more effective, to revamp the response of police, doctors, forensic specialists, prosecutors, and judges to sexual violence.
Survivors deserve an effective, coordinated response to sexual assault.”