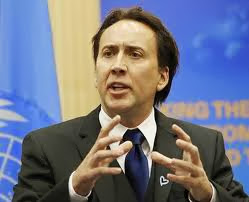 “As a global society, we cannot tolerate people being bought and sold as commodities.
We cannot fight for a better planet and for the rights of all its beings while we allow our own species to trick, abuse and brutally exploit each other for profit,”
Mr. Cage <"http://www.unodc.org/unodc/en/frontpage/2013/November/unodc-goodwill-ambassador-nicolas-cage-renews-his-appointment.html?ref=fs1">
said at an event in Vienna, Austria, to raise awareness on the issues as well as private funds for victims.

“We cannot stand quietly on the sidelines, while humans are being shipped and traded across the globe,”
he said. 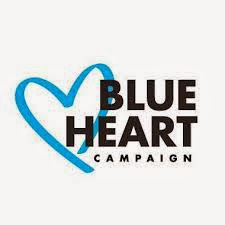 Human trafficking affects every country in the world.
Victims are trafficked for sexual exploitation and forced labour.

A recent UNODC report found that women and girls make up 75 per cent of detected victims, with girls constituting two out of every three child victims.

“A person stripped of their documents, their rights and their dignity needs specialized help.
They need to rebuild their lives brick by brick.
Your contribution tonight can provide vital help to these victims,”
Mr. Cage told the attendees at the event, which was organized by Austrian businessman and philanthropist Ali Rahimi and held under the auspices of the UN Office on Drugs and Crime (UNODC).

A specially designed “Blue Heart” carpet – an international symbol increasingly adopted in the fight against human trafficking – was auctioned at the event.

Proceeds from the event will go the UN Voluntary Trust Fund for Victims of Trafficking in Persons, which supports grassroots organizations that rescue, shelter and reintegrate victims into society.

“Since 2010, $1.5 million have been contributed to the Trust Fund.
Thanks to this money, 11 grass-roots organizations around the world have been able to support victims and survivors of trafficking, especially women and children,”
said
UNODC Executive Director Yury Fedotov.

“But we need to do more.
We need to join forces – the UN, Governments, NGOs, the private sector, community leaders and ordinary citizens, to stop this terrible crime.
We have a shared responsibility to end this cruel exploitation and abuse of human rights.”

While in Vienna, Mr. Cage, who has starred in more than 60 movies and won an Academy Award for Best Actor in for the film <i>Leaving Las Vegas<i>, renewed his appointment made in 2010 as UNODC Goodwill Ambassador, saying it was a title and position he was
“very proud to hold.
Of all the experiences I have had in my life this has been the most humbling and challenging of responsibilities.”

For more details go to UN News Centre
at http://www.un.org/news